In 2018, Enviropacific performed the remediation of the former Narellan Landfill. The project was a complete success and earned Enviropacific the 2018 Sustainable Project Recognition Award from the Australian Land and Groundwater Association (ALGA).

Overview of the former Narellan site

The site at Elyard Street, Narellan like other brownfields sites, now sits in a prime development location and has the potential to produce economic and social benefits for the surrounding community. Enviropacific was engaged as the principal contractor to deliver the site remediation as part of the future master-planned redevelopment of the site. Being a former uncontrolled landfill, the range of contaminants was wide-ranging. Contaminants of concern included: heavy metals, volatiles, degrading putrescible waste, asbestos, ground gas, and contaminated groundwater including leachate. The importance of a successful remediation project was an objective immediately identified by Enviropacific. This would ensure that the ‘social license’ of the proposed future development would be protected, ensuring that the surrounding community saw it as a positive step in the growth of their community. The ultimate objective was to deliver a successful, sustainable remediation project rendering the site suitable for its future beneficial use; a development site that no longer posed a risk to the community or environment.

Over a decade in planning

The evolving Narellan Masterplan by Camden Council began its journey in 2002, detailing the promotion of Elyard Street as a part of the town centre. According to the master plan document published in 2005, “The intention is that the site should be exceptionally well designed. It should stand out as a special “place” within the general Narellan Town Centre and demonstrate ecological sustainability in its pedestrian orientation and in the design of the buildings.” The plan imparts great emphasis on the idea of Narellan becoming a “Liveable Neighbourhood” in providing an enhanced local identity with healthy, convenient, and safe lifestyles. This concept is directly in line with Enviropacific’s own values of ‘providing healthier communities’ and was an immediate attraction in taking on the project on the four-hectare site.

The Council’s Masterplan outlined initial reports and background studies that were undertaken on the site. It was thought that ~30,000m3 of soil would need to be excavated and treated in several stages. The reports noted that the excavated landfill end-product could be screened soil that would allow reuse on the site for development, reducing the need for finite offsite waste landfilling. This strategy would comply with the ecologically sustainable intent of the Waste Avoidance and Resource Recovery Act and the NSW EPA waste hierarchy.

Remediation of the former landfill site began in June 2017 and required the development and implementation of separate, unique treatment systems. These would deal with both contaminated water and uncontrolled landfill wastes, which have been accumulating over the last 60 years. The objective of the remedial approach was to maximize the retainment of site suitable material for re-use and limit the offsite landfill disposal to unsuitable materials only.
With the project team including the client, site auditor, and environmental consultant, we designed a detailed approach to classify the wastes insitu. This methodology was selected as it prevented delays later in the remediation program. This was a significant investigation as the actual quantity of uncontrolled landfill waste at the site was discovered to be 84,000m3. The investigation required a sample density of 1:80m3 of in-situ waste, which was applied across the full landfill volume. This was agreed by the independent site auditor to provide confidence in the suitability of the materials for re-use at the site.

Based on the history of the site there were distinct areas of gross contamination, yet other areas of consistently suitable material. An area where this occurred was described as the ‘brick pit’, a 23,000m3 portion of the former quarry void which was historically filled with reject kiln fired bricks. The remainder of the void was largely filled with uncontrolled construction and domestic solid wastes including steel, plastics, putrescible material, concrete, timber, tyres, and hazardous asbestos materials. As the uncontrolled organic wastes degraded they generated landfill gases including methane and carbon dioxide. This posed an unacceptable risk for future development without rectification. As a result of rainwater and groundwater inflows over time, ammonia, heavy metals, and other co-contaminants were present in the leachate below ground.

Enviropacific adopted a remedial strategy that would not only address these different remediation drivers but one that was designed to be the most sustainable option, maximising beneficial recovery. This sustainable approach was directly in line with the council’s original outline for the treatment of the site and all plans were created with considerable consultation with various stakeholders. Briefly, this included the treatment and recovery of solid materials and the re-use of rainwater for dust suppression. Unfortunately, Council imposed a requirement for all leachate to be disposed of off-site following treatment, via an industrial trade-waste water agreement.

Remediation of a landfill

Uncontrolled landfill material was classified as either being suitable or unsuitable for site reuse based on the insitu assessment. Materials for potential re-use were progressively excavated and stockpiled onsite, with unsuitable contaminated materials disposed of offsite. All unsuitable materials were classified in accordance with the EPA Waste Classification Guidelines.

Suitable materials for recovery were subject to processing in a staged manner. Initially, the material was screened during its excavation using a screening bucket. After this, the material was passed through a track-mounted PowerScreen, which was set at an aperture of 150mm to separate larger particles. This was based on the geotechnical requirements of materials for reuse. This screening step resulted in the separation of 60% undersize and 40% oversize material, with the undersize fraction being retained onsite. Of the over-size material, all recyclable products, including concrete, whole bricks and steel, were further separated. The undersize material was then analysed, to satisfy the requirements of the environmental auditor and the geotechnical engineer.

Balancing the requirements of both parties proved to be a significant challenge to the project. Reason being, the geotechnical assessment had an acceptable maximum tolerance for deleterious material, whilst the environmental assessment had an upper acceptance criteria for materials which had the potential to generate further landfill gases during future degradation. The result of these assessments concluded that there was a requirement for the removal of all soft plastics and organic content from the material. Therefore, a secondary screening system was put in place.

Firstly, it comprised a 40mm rotary trommel screen, which fed directly into the track-mounted WindShifter, the first air/ wind separator mobile screen in Australia. This was followed by a manned picking station which removed the remaining few percent of unsuitable material. The results of the multi-stage screening process were very effective. The combination of the three secondary screen systems allowed removal of almost 99% of identified soft plastics and organics.

The high percentage of materials reuse and recovery onsite minimised both the short and long-term impact to the surrounding community. We helped to minimise heavy truck movements on local roads and we prevented finite landfilling. As part of the infrastructure put in place to ensure the trucks leaving site did so in a clean manner, Enviropacific used multiple recycled resources to assist the process. The wet wheel wash that was installed was capable of using recycled surface water when available. The haul road constructed by our team, placed at the exit to further clean the tyres was built from recycled concrete that had been crushed on-site. The air quality was managed by utilising an odour control system around the work area, which utilised recycled surface water, to ensure sustainability targets.

Leachate within the former landfill was found to contain concentrations of analytical compounds exceeding the site criteria. It was also reported that the leachate posed a risk to surrounding aquifers as it was migrating off-site. As part of our remediation methodology, we established a leachate extraction system. Leachate was drawn and pumped to the on-site physio-chemical water treatment plant. The treatment plant was designed for maximum treatment effectiveness at a flow rate of up to 20m3 of water per hour. It was a project requirement that this treated water not be re-used on-site, although the treatment standard achieved meant it was possible. The leachate was discharged from site via an industrial trade waste agreement with the local sewer authority. The successful extraction and treatment of leachate from the uncontrolled landfill meant that the ongoing threat to groundwater was mitigated. We were able to capture and re-use surface water at the site, which was successfully re-used for irrigation, odour mitigation, dust suppression and other construction purposes. This further increased the use of recycled, sustainable resources on the project.

We realised the importance of stakeholder engagement from the outset. Weekly reports were prepared for the site, and monthly reports were issued to Camden Council and project stakeholders. An experienced environmental consultant was onsite full time during the remediation works and provided liaison and verification for the required project validation reports. The independent site auditor, acting under accreditation by the NSW EPA was frequently on-site. Enviropacific prepared our management plans in consultation with the environmental consultant and project RAP, to remain consistent with NSW EPA, NSW DP&E and Camden Council’s contaminated land policy. Subsequently the plans were endorsed by the independent site auditor . Enviropacific fully complied with all aspects concerning potential gas, volatiles, dust, air quality and odour emissions during the remedial works.

Working with the community

Working within an existing residential community, we wholly understood and grasped the need for sensitivity. The site is in the centre of a busy suburb, with houses immediately adjoining it and many public amenities nearby. Engagement with the community was a paramount requirement, both before and during the remediation works.

Enviropacific worked with the community, council and the project team to ensure noisy activities were reduced to select hours of the day. We avoided haulage of materials from site in peak traffic times and all heavy haulage avoided a nearby school zone. Our community information evenings allowed interested neighbours the opportunity to meet with the project team and discuss their concerns, better understand the process and why we are competent to do what we do. All of these initiatives were aided through the use of leading, innovative treatment technologies and best practice.

Future of the newly remedated site

It has been over a decade since the plan for the Elyard Street precinct has been revised or updated. While the development of the surrounding area has progressed, this site has now become a place for a future community with mixed residential and commercial uses. This will bring an injection of economic and social benefits to the township through local jobs, housing, community, and recreation centres.

Enviropacific is proud to have delivered the remediation works at the site for a client committed to sustainable practices. 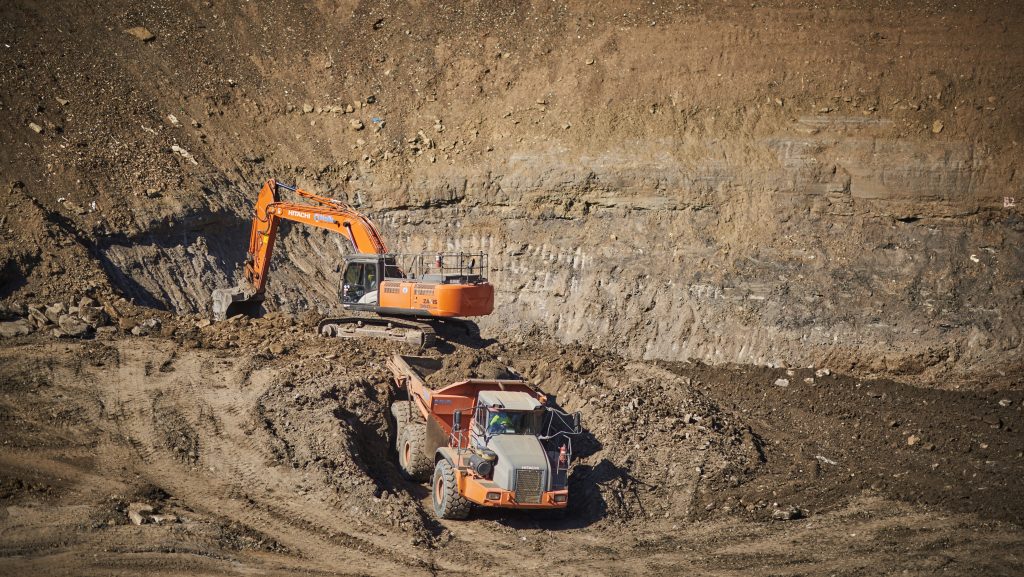 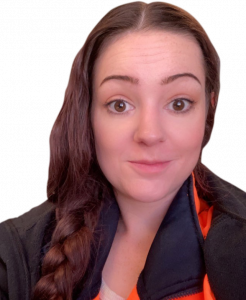 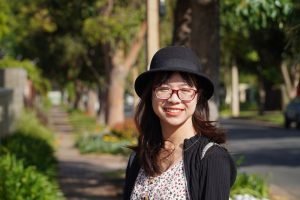 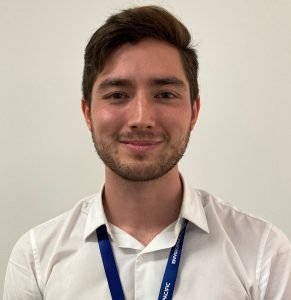